"Notable residents" of Stow and Maynard

A visit to the Wikipedia entries for , ,  or  (neighboring towns in Massachusetts) will in each instance find a list of Notable residents. Notable in this usage is not synonymous with famous – perhaps closer to 'at least slightly famous.'

Names listed by town typically also have links to Wikipedia entries on the persons themselves. But before you start crafting your own autobiographical claim to fame, or decide that a family member or friend needs to honored, entries are supposed to be based on published content about a person, not memoirs and memories.

A person who became famous in adult life may be honored at the site of their childhood – think Abraham Lincoln’s boyhood log cabin. Or became famous in place: Alcott, Emerson, Hawthorne and Thoreau are all in ’s tally. Finally, those already famous can relocate. These moves typically align with availability of luxury housing and convenience to work. When Shaquille O’Neal rented a mansion in  his one year in residence matched his brief employment by the Boston Celtics - yet Sudbury claims him as a notable resident. 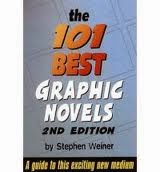 Reviewing ’s notable six, there are three who left before they became famous (Anderson, Barrasso, Shultz) and two who lived in  during or after their careers (Duquette, Pappas). The sixth, Metalious, barely qualifies as a resident - her husband accepted a teaching job in  just before her book was published, but she did not make the move with him and they separated soon after.

When this was originallywritten there were no entries for notable residents for Maynard. Zero. Zilch. Zip. Was this only an oversight? Can't history can be dredged to find those who were famous later, famous here or arrived already famous?

Let's start with the town's founder. Amory Maynard was so central to the town’s formation that it was named after him while he was still alive. There are hints that this was his idea, although one history book claims that it was by unanimous vote of the residents (Ha). Prior to the town's formal birth all those south of the   were residents of  and those north of the river, . Amory Maynard's fame did not extend beyond the town’s borders. He lacks a Wikipedia entry of his own, and anyway, he is adequately covered in Wikipedia's entry about the town [http://en.wikipedia.org/wiki/Maynard,_Massachusetts].

Ken Olsen you say? Olsen put Maynard on the map as the “mini-computer capital of the world,” but while this was the site of Digital Equipment Corporation’s headquarters, he never lived in town, only worked here.

Scanning the various history books about Maynard turned up one candidate. Waino Kauppi (1899-1932), an immigrant from , was a child-prodigy musician on the cornet, who by age 14 was touring with big-name bands. According to authors Paul Boothroyd and Lewis Halprin, Kauppi was considered the best cornet player in the country. In  he was featured soloist with the Edwin J. McEnelly's Orchestra. Although not identified, Kauppi is probably one of the Orchestra members in the Victor Recording tracks that can be listened to at http://www.rivermontrecords.com/1140.html.  In , he was billed as "Wizard of the Cornet" in the well-known, radio broadcasting, Goldman Band (see link, below). All that is needed to qualify Kauppi as notable is a concise Wikipedia write-up.

The alternative to being home of notables is to remain a place of no one notable. Yes, Maynard has a few people-named buildings and parks, but who remembers for whom? Fowler School? Crowe Park?

In truth,  is no better and Maynard no worse for borrowed glory or the lack thereof, respectively. Tourists do not flock to one and avoid the other. (Actually, tourists never wander far from .) There are no souvenir shops selling T-shirts and coffee mugs emblazoned with  or MAYNARD followed by some pithy epigram. And that’s just fine.

NOTE: After this article was published in the newspaper and posted to this blog, someone (not me) used this list to revise Maynard's Wikipedia entry. And then someone else delisted a few - the criteria appearing to be a lack of a separate Wikipedia entry on those persons or independent confirmation they they did or do live in Maynard. As of March 2017, Maynard officially has eight "Notable residents." Stow's count is ten. Henry Gardner (1731-1782), who was born and lived most of his life in Stow, was the first Receiver General-Treasurer for Massachusetts when it joined the other colonies in separating from England. Henry was the son of Reverend John Gardner, the second minister at Stow. Henry's grandson, Henry J. Gardner, was Governor of Massachusetts 1855-1858. As of 2014 Julie Berry and family have moved to California. However, Wikipedia's "Notable" criteria allows former residents to stay listed, so JB stays on the Maynard list.