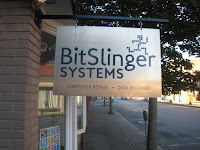 According to one definition from the Oxford English Dictionary, history is “A continuous, typically chronological, record of important or public events or of a particular trend or institution.” In a less formal tone, “You’re history” conveys the sense that a person no longer factors into current or future events. Back in high school, I remember the history we were taught as not getting past World War II. It was as if any subsequent events had not been sorted, sifted, interpreted into what was the ‘right’ history worthy of teaching. 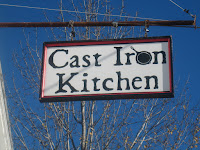 Personally, I think history is everything up to this morning’s cup of coffee. This column is about retail businesses that have come and gone since I moved here in 2000. Because every business launched and sunk was someone’s vision of being part of Maynard’s history. And part of recording that history has become my effort to take a photograph of every business sign. 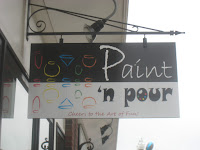 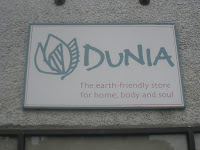 This is not about long-lived establishments that chose to close since 2000. Not about the Episcopalian, Methodist or Congregational churches, which closed their doors in 2006, 2014 and 2017 respectively, after 111, 119 and 164 years (respectively) of providing places of worship. Not about Gruber Bros. Furniture, which was with us for almost 100 years. Not about the older drinking and eating establishments that folder their doors: Amory’s, Paul’s Bakery, Sit ‘N Bull, Stretch’s Tavern and Oriental Delight – all of which made it to this century only to depart soon thereafter. Not retailers Aubuchon’s Hardware, Bikeworx, Gramps’ Garage, Masciarelli’s Jewelers and Samuel’s Studio. Not organizations such as American Legion, Knights of Columbus and the Masons having given up their buildings. All predating 2000. All gone now. 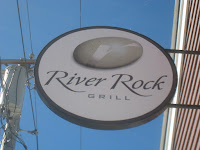 No, this is about businesses that started and ended between 2000 and 2018, some with us for a handful of years, some less. If this litany learns us anything, it is that being a retail business is hard. Fraught with failure. Naming just food and drink establishments: 51 Main Street, Café La Mattina, Cast Iron Kitchen, Christopher’s, Fast and Little, Halfway Café (reimagined as The Brook), Johnny Ray’s Ultimate, JoJo’s West, Malcolm’s Steakhouse, Morey’s Tavern, Neighborhood Brick Oven Pizza, Peyton’s RiversEdge, On A Roll (the hot dog joint), River Rock Grill, Quarterdeck Restaurant and Savoring Indian Cuisine. (And yes, this list is missing a few names – the Brazilian restaurant, the Brazilian bakery, the ice cream shop.) Restauranting is tough. Nationally, research shows that 45 percent of restaurants fail within the first three years. 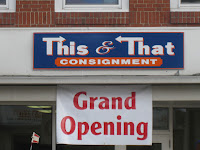 In Requiem for a Nun, William Faulkner wrote “The past is never dead. It's not even past.” The book itself is convoluted Southern Gothic, emblematic of Faulkner although not at his best, but the line lives an independent life. During the primaries leading up to the 2008 presidential election, then-Senator Barack Obama gave a speech “A More Perfect Union.” His theme was how the long tail of racial injustice in the United States colors present thinking and behavior. His not-quite-Faulkner version, “The past isn’t dead and buried. In fact, it isn’t even past.” captured the complexity of 2008, present now more than ever. See #BlackLivesMatter. See #MeToo.

Locally, the retail start-up/fail process will continue. Only the future will determine whether that is the usual churn or part of a morphing (gentrifying?) Maynard that will simultaneously remember and forget its past. Restaurants will open in the same spaces as past restaurants, mostly because the buildings are already zoned to be restaurants. Storefronts will open every time a person thinks 1,000 square feet and an idea equals a business plan. Selling stuff or selling services, the comparatively low rents of Maynard compared to, say, Concord, made it an attractive place to attempt to start a business. Some of these will make no sense for Maynard. Some of these will make no sense at all.

Mark’s daughter has just launched a I-don’t-need-a-store business in Los Angeles. She is making miniatures of the climbing holds used in rock climbing gyms, as refrigerator magnets. See www.tinyclimbers.com.