Science is real. Science is also slow, and sometimes science takes detours. A May 2018 column was about the rise and fall of vitamin E. Briefly, back in the 1990s, claimed benefits led with reducing risk of cardiovascular disease and some types of cancer, but piled on with claims for results for macular degeneration, pregnancy, dementia and other diseases. With no apparent concerns about safety, there was a race up to mega-dose amounts being widely sold as non-prescription dietary supplements. Then the bad news – results from large, placebo-controlled human trials – started to trickle in. As Thomas Huxley put it, “The great tragedy of science – the slaying of a beautiful hypothesis by an ugly fact.”

Yes, vitamin E was confirmed as an antioxidant, and the oxidation theory of diseases of aging is one of cumulative damage. Healthcare professionals who chose to consume a vitamin E dietary supplement had a 1/3 reduction for risk of cardiovascular disease. Sadly, subsequent years-long clinical trials concluded that there was at best a modest reduced risk of heart attack at low doses, increased risk at high doses, no benefit for risk of stroke, and no improvement in all-cause mortality. With hindsight, in the initial research, health professionals who had decided to consume vitamin E supplements may have made other lifestyle decisions that promoted good health. It is an example of correlation not necessarily reflecting causality. Research for other diseases also had mixed results: nothing for pregnancy, nor hair, nor for topical applications for burns or wound healing; mixed results for cancer. There was a trickle of evidence that amounts over 200 mg/day had negative consequences. Sales of dietary supplement vitamin E declined dramatically.

Niacin is both a vitamin and a prescription medication. As a vitamin, intake recommendations made by several countries are that for adults, intakes of 14–18 mg/day are sufficient to meet the needs of healthy people. When niacin is used as a medicine to treat elevated triglycerides and serum low-density lipoprotein cholesterol (LDL-C), daily doses range from 500 to 3,000 mg/day. The LDL-C lowering effect was discovered by accident; niacin was being investigated as a treatment for hypertension, and then in 1952 a group of Russian scientists reported cholesterol-lowering as a side effect. Prescription niacin became widely used as a hyperlipidemia treatment drug some 30 years before the approval of the first statin drug in 1987.

All that is well and good and still true, although the advent of statins, which were more effective that niacin and with fewer side effects, reduced niacin prescriptions by 90 percent. Where niacin veered into a science detour was a second purported health benefit. In addition to lowering LDL-C, niacin also raises high-density lipoprotein cholesterol (HDL-C), often referred to as “good” cholesterol. Population studies showed that people with higher HDL-C were at lower risk for cardiovascular disease. Lifestyle interventions that raised HDL-C, such as exercise or moderate consumption of alcohol, also correlated with lower risk. Collectively, this suggested that HDL-C was a valid biomarker. However (the beautiful hypothesis slain by the ugly fact), niacin in combination with a statin drug proved no better for clinical outcomes than the statin alone, despite having raised HDL-C. Prescription products that had combined niacin with a statin (Simcor, Advicor) were discontinued in 2016. 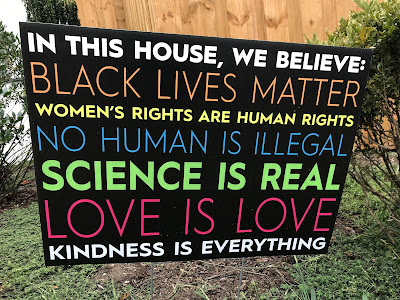 And now, almost every known drug is being tested for COVID-19 benefits, including known antivirals and repurposed other drugs (and not just drugs – vitamins D and C are being evaluated, too). Hydroxychloroquine – an anti-malarial with other approved treatment indications – has its champions in the COVID-19 arena (“It works on my patients.”), but to date, placebo-controlled clinical trials have shown no evidence that it prevents people from contracting the disease if exposed, no evidence for a faster recovery among those afflicted, and no significant reduction in the percentage of COVID-caused deaths. There are serious adverse reactions (heart, liver, kidney), known to be associated with this drug. There are more trials ongoing, some of which may indicate a benefit, but until there is a clear consensus, doctors are advised to not prescribe this drug for this indication, but because it is approved for other indications, doctors have the option of going “off-label” and prescribing it for COVID, regardless. Again, science is real, science is also slow, and sometimes science takes detours.
Posted by David Mark at 4:00 PM