William H. Knight (1793-1870) put more money into the partnership with Amory Maynard back in 1846, so why aren’t we living in Knightsville? One town wit quipped that when William Knight and Amory Maynard met, Knight had the money and Maynard had the experience, but by the time their partnership ended, Maynard had the money and Knight had had an experience. The truth was more complex.

In the late 18th century, Calvin Maynard constructed a grist (grain) mill on Fort Meadow Brook, in Marlborough. The mill was soon converted to a sawmill and its operation was eventually passed on to a relative – Isaac Maynard – whose death in 1820 left his 16-year-old son Amory in charge. Amory, in addition to operating the mill, expanded into the construction business. He employed as many as 50 men. One of Amory's clients was mill owner William H. Knight, for whom he helped expand the New England Carpet Mill in the Saxonville section of Framingham.

Knight had arrived on these shores from England in 1824, age 32. He was an experienced mechanic with skills in waterpower and textile machines. He started as a mill superintendent in Framingham, moved to Tariffville, Connecticut to partner in a carpet mill, but soon relocated back to Framingham where he married Elizabeth Stone and started his own mill in 1829. The location was Saxonville, on the Sudbury River, where John Stone, Elizabeth’s ancestor, had built the first mill on that site in 1650.

Knight's original successes were modest. He and Elizabeth lived in rooms in the upper story of the factory, overlooking the millpond. Accounts had it that would sometimes fish from their windows to catch fish for their dinner. But by 1845, Knight's operations had expanded to three mill buildings and 232 employees.

Sometime around 1846 the City of purchased the land, dam and water rights to Fort Meadow Pond from Amory Maynard. The amount paid is disputed – various website-posted accounts say as little as $21,000 to as much as $60,000. Even at the low end of that range, Maynard, at age 42, was a wealthy man. At the same time, also purchased Knight's mills and water rights to (Long Pond). Knight received $150,000; the largest sum that had ever been paid by the City of for water rights up to that time. Boston also bought water rights to Boon Pond and added a small dam.

In 1846 the two men, builder and mill owner/operator, ages 46 and 54, agreed to partner in a new mill operation on the Assabet River. They started buying land and water rights, including Asa Smith's mill on and riverfront land from Ben Smith as a site for the dam. In 1847, Maynard completed construction of a wood-framed, three-story tall, 50x100 foot building which they named Assabet Mills. The new yarn and carpet making operation prospered. By 1852 two more wood-framed buildings had been added. Maynard later bought land around Boon Pond and had a taller dam built in 1864, to form the larger body of water renamed Lake Boon. He repurchased Fort Meadow Reservoir from the city of Boston for $8,000 in 1858. These upstream assets help to guarantee a year-round water supply to power the woolen mill.

Although he had bought acres and acres of land, Knight was never in residence in the crude hamlet on a rocky river that was Assabet Village in those early years. He and his wife had moved to Boston in 1848. It can be guessed that he managed the marketing and sales of the mill’s carpet and cloth output from a Boston office. By 1950 the Fitchburg Railroad had reached Assabet, so in-person visits were possible, and daily mail served. Telegraph service reached Assabet in 1852.

In 1950, Knight sold his share of the business to Maynard for $50,000, of which 80 percent was a mortgage. Knight retired in 1852, at age 60, just six years after co-founding Assabet Mills. It is possible he had lost interest in the day-to-day operations after the death of his wife in September of that year. He still had a financial interest in the mill, and owned land. The mill went into foreclosure in 1861, during a national recession. Maynard was bought out for cash and assumption of what remained on his mortgage to Knight, while at the same time another investor bought Knight’s remaining in-town land holdings at below-market value. The mill was reincorporated in 1862 with new partners, including the buyer of Knight’s land. Amory Maynard became 20 percent owner and “Agent” (Chief Operating Officer). Knight no longer connected.

Interestingly, in 1858, six years a widower, Knight had an impressive, five-story, brick town house constructed at 7 Walnut Street, Beacon Hill, Boston. It was designed by famous Boston architect Nathaniel J.Bradlee. The building still exists. He lived there until he died in 1870, age 77 years. Knight and his wife had no children. History makes no mention of heirs. Elizabeth (Stone) Knight (1794-1852) was initially buried in Framingham, with a simple headstone. Before he died, Knight purchased a plot and paid for a more impressive monument at Mt. Auburn Cemetery, Elm Avenue, Lot #1979, Cambridge, and had Elizabeth reinterred there. 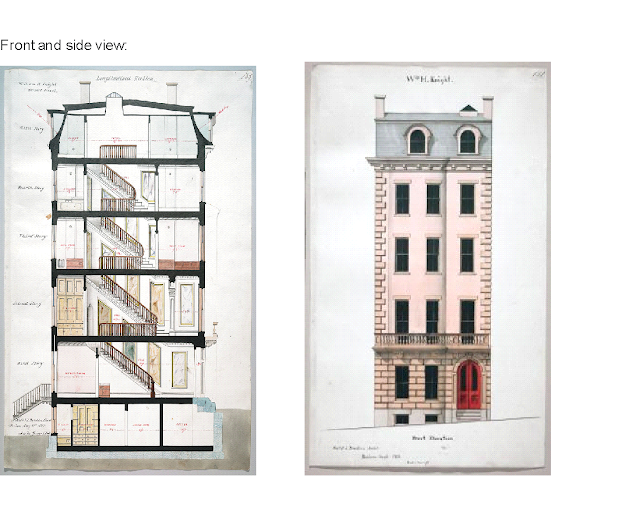 The aqueduct from Lake Cochituate to Boston was completed in 1848. On October 25th of that year a great celebration was held in Boston Common, with an estimated 100,000 people attending. The great day began with a 100-gun salute and an immense parade through the city, ending near Frog Pond, in the Common. Mayor Quincy gave a speech, at the end of which he asked if the people of Boston were ready for Cochituate water. "The crowd roared, the gates opened, and a fountain of water 80 feet high burst into the air." Cochituate was in service until 1951, supplemented and finally superseded by Wachusett (1908) and Quabbin (1946) reservoirs.

A version of this column was published in 2012 and incorporated into the 2014 book “Hidden History of Maynard.”