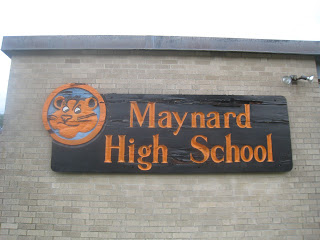 Rest in pieces is the current status of the building which served as Maynard's High School from 1964 to 2013, after having seen 49 graduating classes pass through its doors. [Destruction actually took place over 8/28-9/16.]

The high school before that one (on Summer Street - now ArtSpace) had served for 48 years; hopes are that the newly constructed Maynard High School, set to open for the start of the 2013 school year, will out-last the previous incarnations. 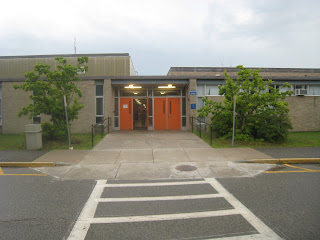 The school which served from 1964 to 2013 had had a troubled gestation. In 1961 the town vote was against building a new high school. This was short-sighted, as the existing school had a official maximum capacity of 350 students (already exceeded), no library and a too-small gym.

One year later the vote went the other way - by 379 to 175 - in favor of spending up to $1.7 million dollars to go forward. The project was overdue. Projections based on the Baby Boom were that the high school population would swell to 600 in ten years. And in truth, it hit 644 in 1971. Junior high school students were already on split sessions due to overcrowding and the elementary schools were averaging 30 to 35 students per classroom. The new school relieved overcrowding across the entire school system. 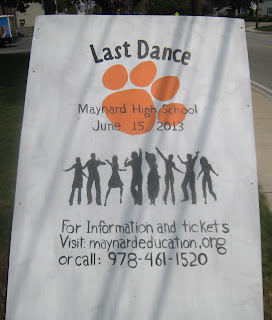 The Class of 1965 was the first class to graduate from the school building which just met its demise. Joseph
Mullin was the class president of 124 graduating students. The class motto was "Non est vivere est valere vita," which translates as "Not merely to exist, but to amount to something in life."

As for the newest iteration of , construction of the two-story building began in 2011. There are four wings: Wing A contains the gym and locker rooms; Wing B the administrative offices; Wing C contains the auditorium with seating space for 350 and the cafeteria; and Wing D contains the various mechanical functions (Heat! Air conditioning!!). Classrooms are in A, B and C. The entire project adheres to standards for environmentally sustainable design. Charles Caragianes, M.Ed., is excited about starting his second year as Maynard High School Principal in a brand new school. 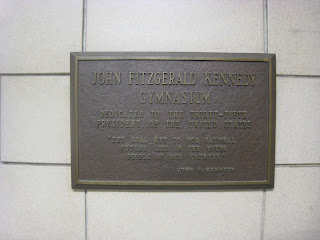 Enrollment at ebbed from that 1970s peak to numbers in the low three hundreds for the last ten years, resulting in graduating classes of about 70 students. There has been a recent uptick in enrollment, but still small compared to our neighbors. Acton-Boxborough graduates 450-500 each year. Nashoba (serving , Bolton and ) graduates about half that number. To the south, Lincoln-Sudbury sees off about 400 each year, while eastward, Concord-Carlisle says good-by to approximately 325 seniors. What all ten towns share in common is that the great majority of their graduates go on to further education. 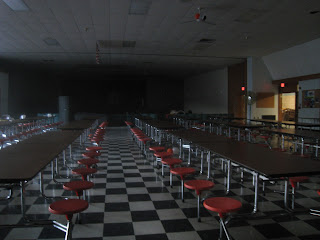 One bit of history many current residents are unaware of is that Alumni Field became the school's sports site some 36 years before the just-demolished school was built close by. In 1928, while was still at the Summer Street location, the town transferred the land that had been the Town (Poor) Farm meadow to the School department. The football team started using the new playing field for the 1928 season. Within a handful of years Alumni Field gained a cinder track around the playing field, bleachers, a field house, and tennis courts.

Much of the information for this article came from the "Our Schools" history compiled by Ralph L. Sheridan, available at http://web.maynard.ma.us/history/schools/our-schools.htm, or from town annual reports in the library's historical documents collection and the High School website.
Posted by David Mark at 6:06 AM