Decorated Tree in the Woods

On the Assabet River Walk trail, which can be accessed from Concord Street or Colbert Avenue, there is a fifteen foot tall spruce tree. It is the only spruce tree in the entire forest. This December, for the third year in a row, it has been decorated with more than 100 red, silver and gold bulbs. Toward the end of January almost all of the bulbs will be removed. Until then, anyone essaying a walk in the woods gets a surprise. Walking in from the Colbert Avenue end, there are silver decorations every 20-30 yards, in tree branches above or alongside the trail, decreasing in distance between them as the decorated tree nears. Think 'breadcrumbs,' marking the way.

UPDATES: January 18th, before storm, all silver and gold removed (except near the top, which will require a ladder). Also most of the 'breadcrumbs.' February 8th, removed all but about 20 of the red. 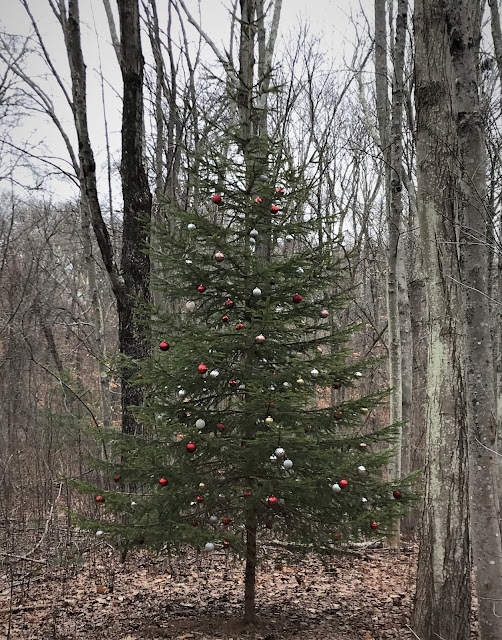 Sometimes winter adds its own decorations in the form of a dusting (or more) of snow. With a bit of snow only the red bulbs stand out, the silver and gold lost against the white snow. 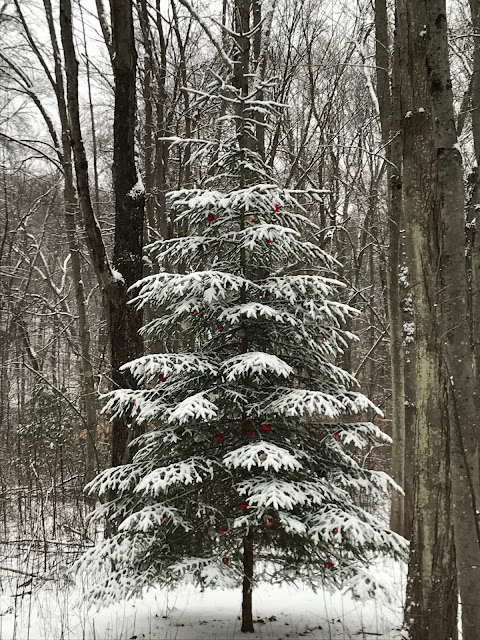 With a lot of snow the whole tree folds up sort of like an umbrella. Snow-covered or not, best effect achieved by approaching the tree from the Colbert Avenue end in the afternoon of a sunny day. Distance from trailhead is about 1/3 mile along a root strewn trail. After rain or thaw there are soggy sections, so best to visit when the ground is dry or frozen. 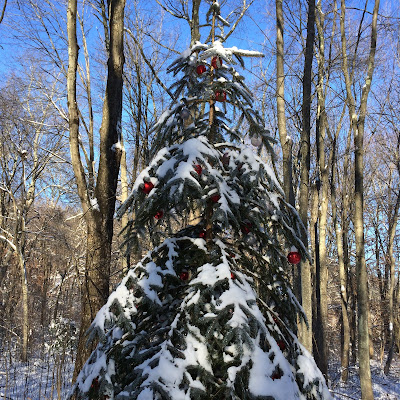 Mid-January : all non-red bulbs (around 2/3 of total) removed except at top (because that will require  carrying in a ladder). By end of January most of the red will be removed, but a dozen or so will remain until next December. 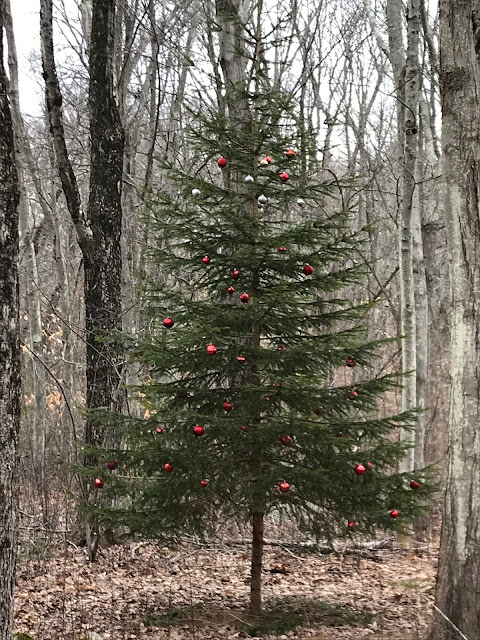