The Future of Maynard 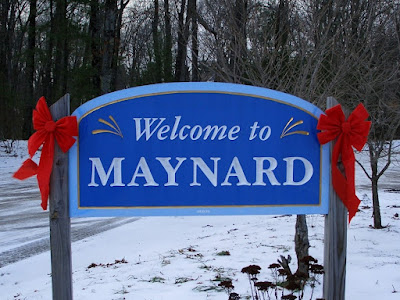 “As the mill goes, so goes Maynard.” That was a truism for over one hundred years, until the woolen mill cratered in 1950. Then true again 1953 to 1993 when the complex – more than one million square feet of space – was renting to office and industry needs of myriad businesses, in time all gradually displaced by Digital Equipment Company. DEC bought the complex in 1974, then emptied it in 1993 as part of a massive downsizing before selling itself to Compaq. Then true once more after Wellesley Management took over in 1998, and with a generous tax break from the Town of Maynard, managed to fill the complex again. The recession that began in 2008, coinciding as it did with the winding down of the tax break, crushed Wellesley Management, leading to a sale to Mill & Main at fire sale prices in 2015. Repopulation was stalled by COVID-19, so we find ourselves well into 2022 with a partially filled complex of buildings that date to being 103 to 163 years old.

Two generations ago, Maynard was a live, work, shop, play and pray community, but no more. Most working people commute, shop on line, play video games ditto, and if they pray, do so at a house of worship that has its own parking lot. The twenty-first century has seen the closing of the Episcopal, Methodist, Congregational and Evangelical churches. Candlepin bowling lanes and pool halls are no more.

“As the mill goes, so goes Maynard” is no longer true. Despite the partially rented status of the mill complex, the population of Maynard is at an all-time high, having increased by ten percent between the 2010 census and the present. New housing – owned and rented – is being squeezed in everywhere, the construction at 129 Parker Street added huge amounts of commercial space, and the cost of housing is at an all-time high. New houses on Wisteria Lane, with two-car garages, are selling for more than $800,000. If ever the mill complex fill again – be it some combination of office, industry, retail, housing (?), community college (??) or mid-sized hotel (?!?) – Maynard has moved on from being wholly dependent. According to the 2020 federal census, residents report an average work commute time of 30 minutes. Maynard, to some degree, has become JABS (just another bedroom suburb).

Can Maynard remain ‘special’ against a gentrification trend? The existing infrastructure of the downtown triangle lends itself to Maynard staying host to non-chain shops, restaurants, bars and live entertainment venues. This envisions downtown Maynard being a destination for residents and people from neighboring towns. Think a smaller Waltham or a lower rent Concord. Doing so will require the Town of Maynard to continue to be friendly to commercial development. Being designated by the state as having a “Cultural District” helps, as would a rescue of ArtSpace, but there has to be fostering of live cultural events. Diversity contributes to urban vitality, but Maynard is lagging on affordable housing.

One unforeseen consequence of the COVID pandemic is that there appears to be a trend away from needing to be physically at a place of work five days a week. This plays in Maynard’s favor, as commuting from Maynard – at significant distance from I-95, I-495, Route 2 and the train station – made commuting a bit of a struggle. The other side of the coin is easy access to attractive recreational opportunities such as offered by the Assabet River Rail Trail, the Assabet River National Wildlife Reserve, town-managed woodland trails and parks, plus small boat recreational opportunities on the Assabet River.

It will all take work, but who knows? Perhaps some day Maynard will be such a vibrant cultural nexus that people will say “As Maynard goes, so goes the mill.”

With the end of Beacon-Villager as a printed newspaper, this is Mark’s last column. He thanks the paper and Maynard for given him a forum for twelve years, 425 columns and three books.